We were determined to make Reno that night, even though we’d spent an unexpectedly long, but inexpressibly satisfying, morning detour to visit Cave Creek Regional Park. No more pulling over every time we met a new habitat, or ran across a likely spot to pick up a lifer — we were about to get some serious driving done, yessir. That was the plan, and it lasted AT LEAST half an hour. I mean, we were driving through Arizona, one of the most beautiful places on Earth; who would expect us to last much longer than 30 minutes? We’re only flesh and blood, people! 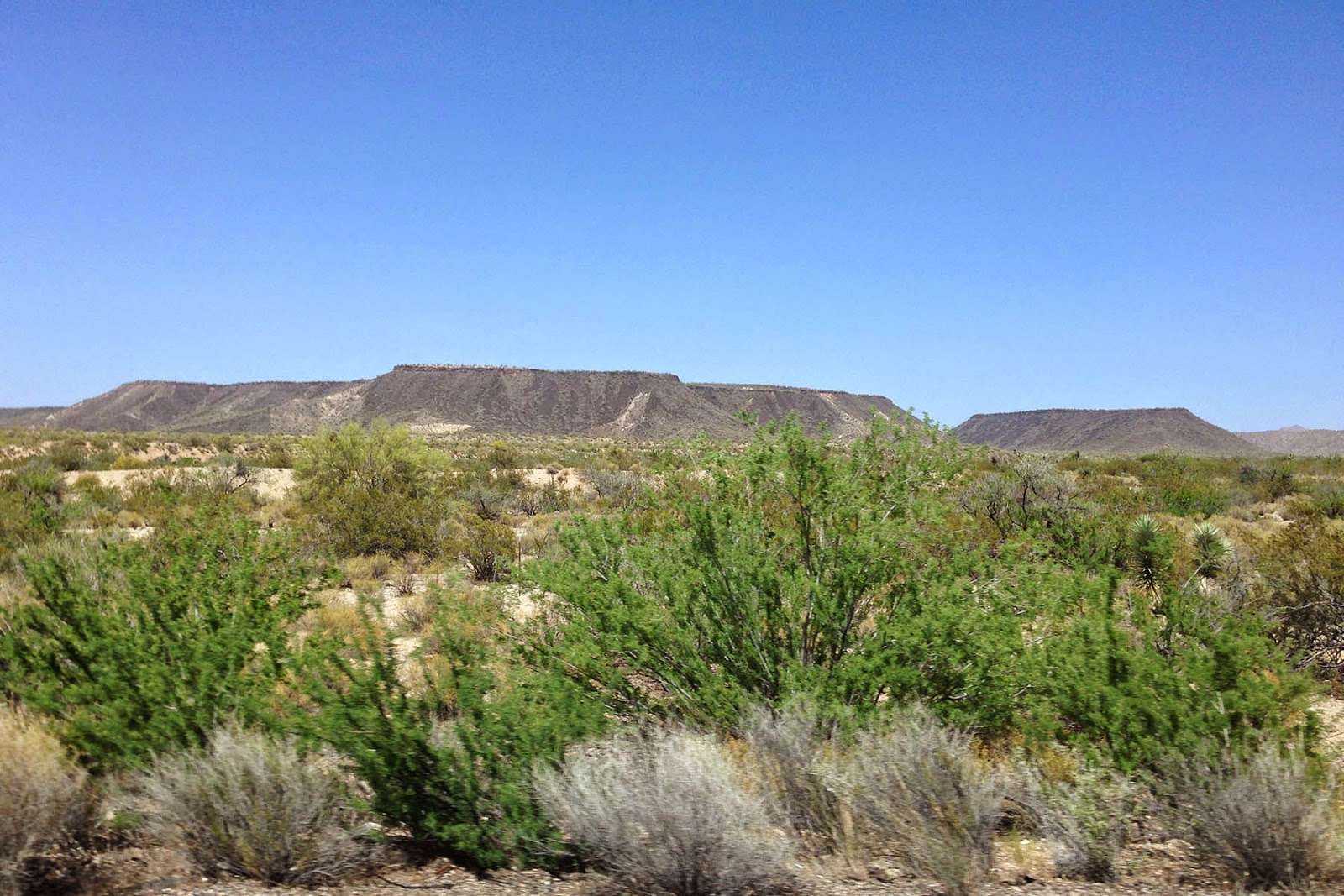 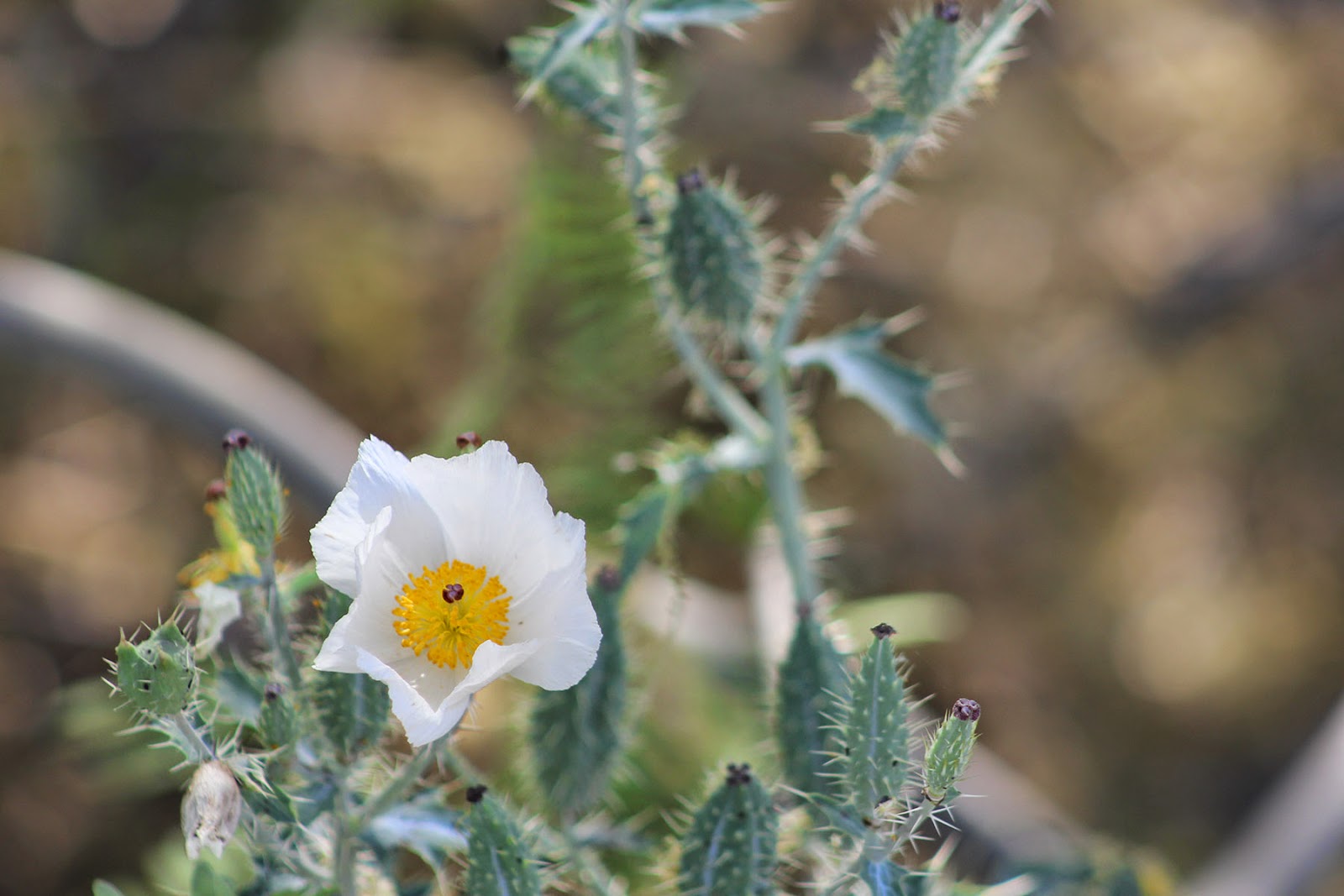 But it wasn’t a bird that derailed us, it was a Joshua Tree forest. Having already satisfied my longing for Saguaros, these were next at the top of my botanical wishlist. Frankly, I hadn’t the faintest idea of where these grew, outside of Joshua Tree National Park, so when we suddenly found ourselves among tens of thousands of them, it was awesome in the most literal sense. It was probably a good thing for us that there was no place to explore: we had merely pulled over on the side of the road, which was fenced in on either side. We were back on the road in a matter of minutes. 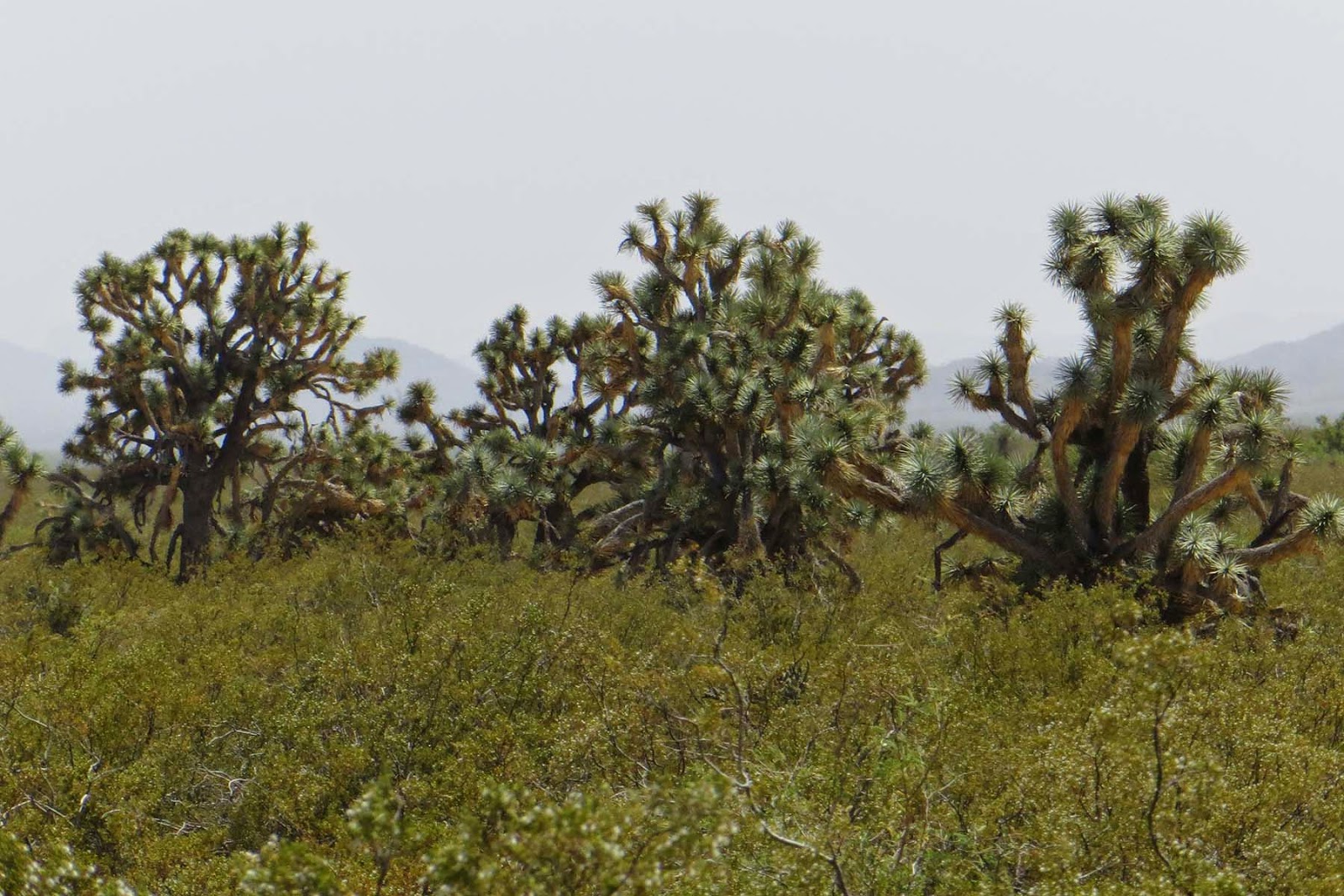 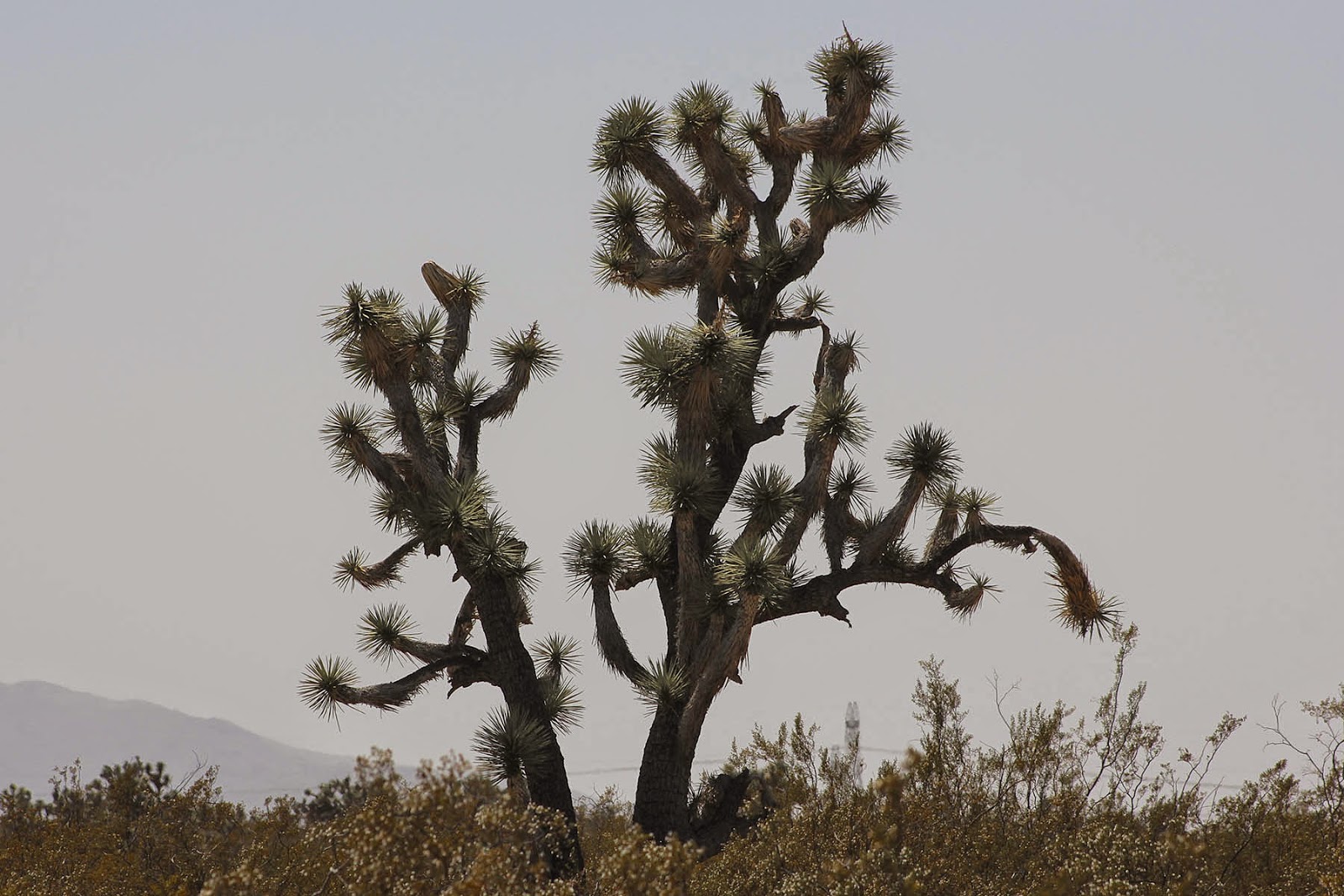 After that we really did stay on the road for several hours straight. The mountain roads gave us plenty of beauty to take in from the convenience and relative comfort of our seats, and it was some of the best driving of the entire trip. While we expected to get in very late, Reno was still looking good. There were no problems at all, and no reason why we should have to make any extended stops. That is, until we started seeing signs for the Hoover Dam -- an opportunity we knew we simply couldn’t miss. The highway to Reno (US 93) drives right past the dam on the Mike O’Callagan-Pat Tillman Memorial Bridge, and then from the Nevada side you can double back and drive over the dam itself. 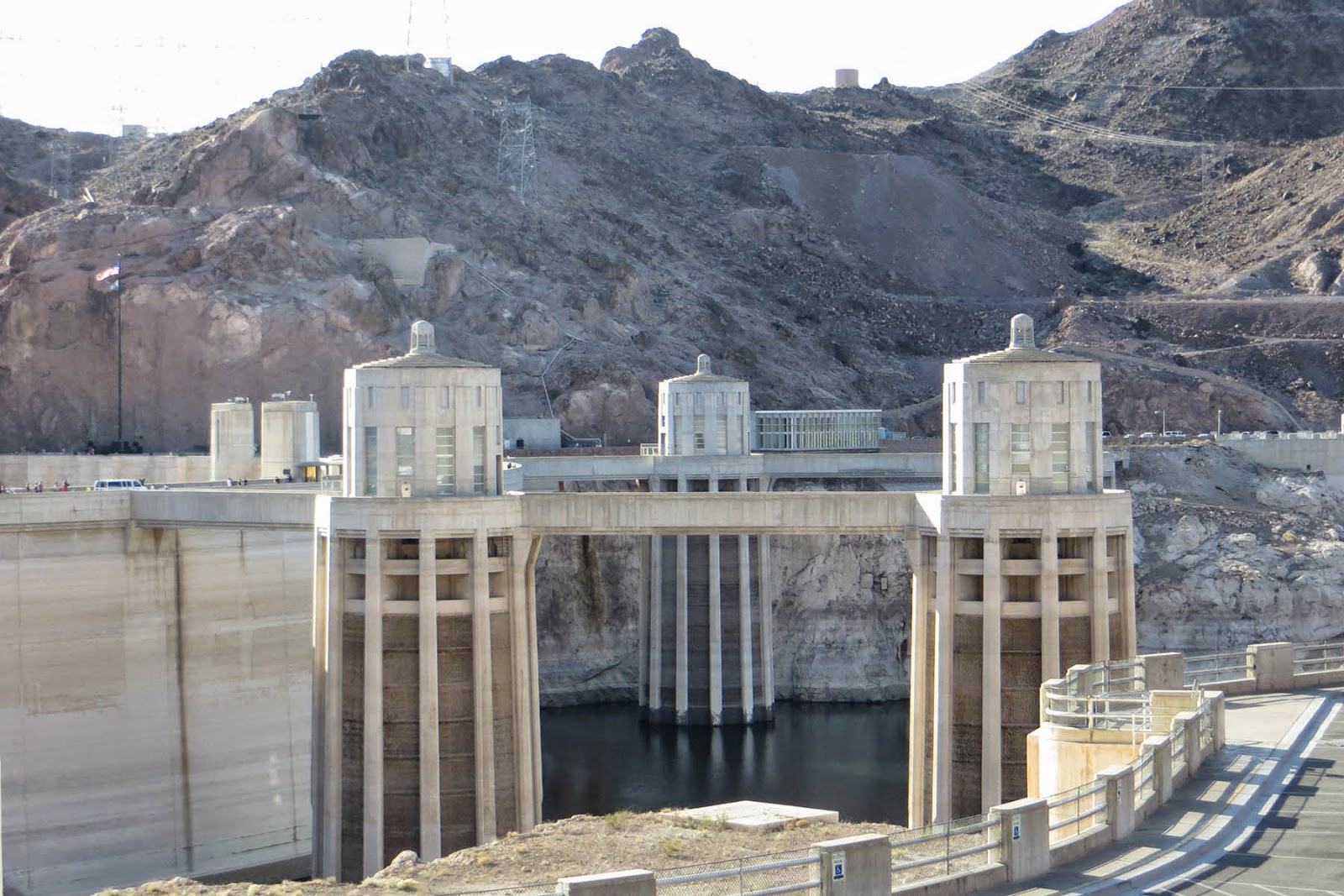 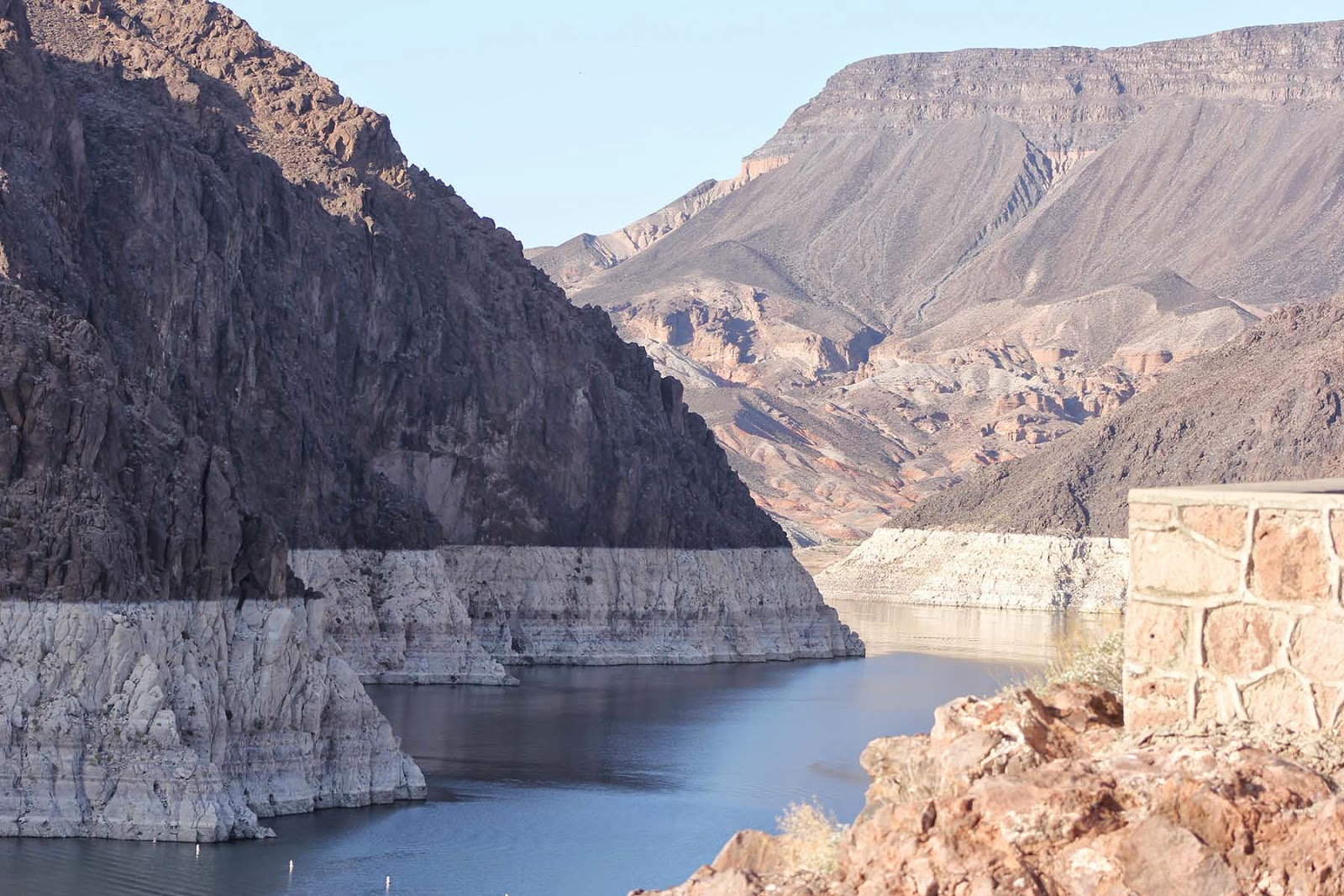 I can’t say precisely what I expected of the dam, but from up close there’s no questioning its status as one of the great Wonders of the World. But even the Hoover Dam would have to wait for a few minutes, when upon stepping out of the car we spotted our lifer Say’s Phoebe perched on top of a street lamp. A lifer at the Hoover Dam — how freaking cool is that?! Down in the Colorado River, we could make out a Pied-billed Grebe and a pair of mergansers. I thought I’d seen a Peregrine Falcon on the drive over the dam, but only for a split second, and it never reappeared. Maureen was too busy trying not to drive us over the side of the dam to look… probably the right call. 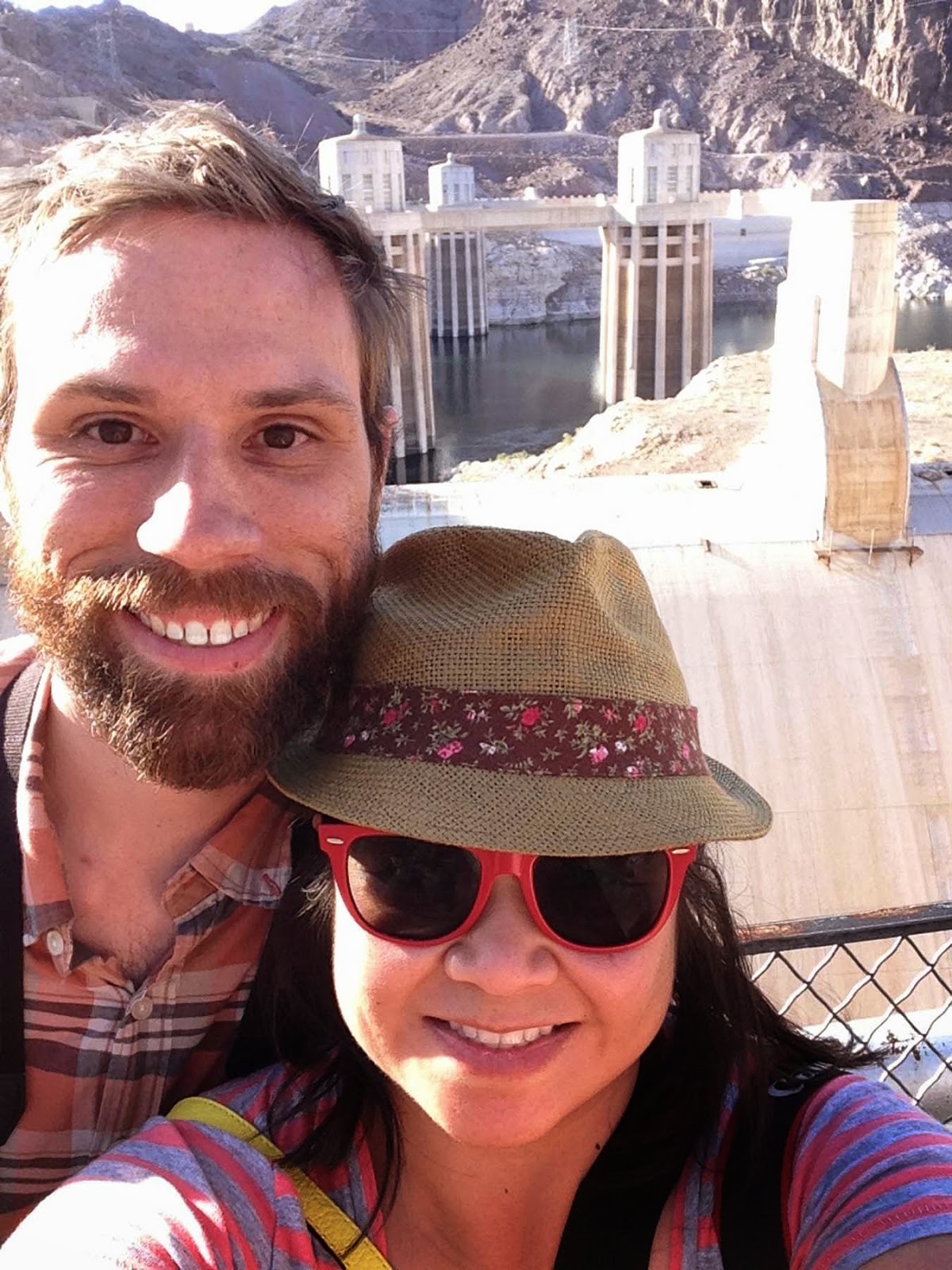 Well, now let’s skip ahead a little. We didn’t quite make Reno that night — really the only big hiccup out of the whole, ambitious itinerary we’d set ourselves — instead settling for a motel in Hawthorne, NV. In all honesty, this probably worked out for the best, since, the next morning we’d find ourselves driving through Nevada farm country in daylight. Even though we’d only been on the road for a little over an hour, we’d end up spending over an hour pulled over on the side of road. Drive an hour, bird an hour: not a winning strategy for getting across the country quickly, but sometimes there are more important things than arriving at your destination.

The first thing to catch our attention was a Western Meadowlark on a telephone wire. It was singing, helping us distinguish it from the Eastern Meadowlarks we’re so familiar with. While Maureen was getting photos, I glimpsed a Yellow-headed Blackbird farther down the road. When we approached we noticed several more, and they were calling with those unearthly voices of theirs, like trapped and tortured souls trying to scream through the hum of an electric razor (good luck sleeping tonight!). 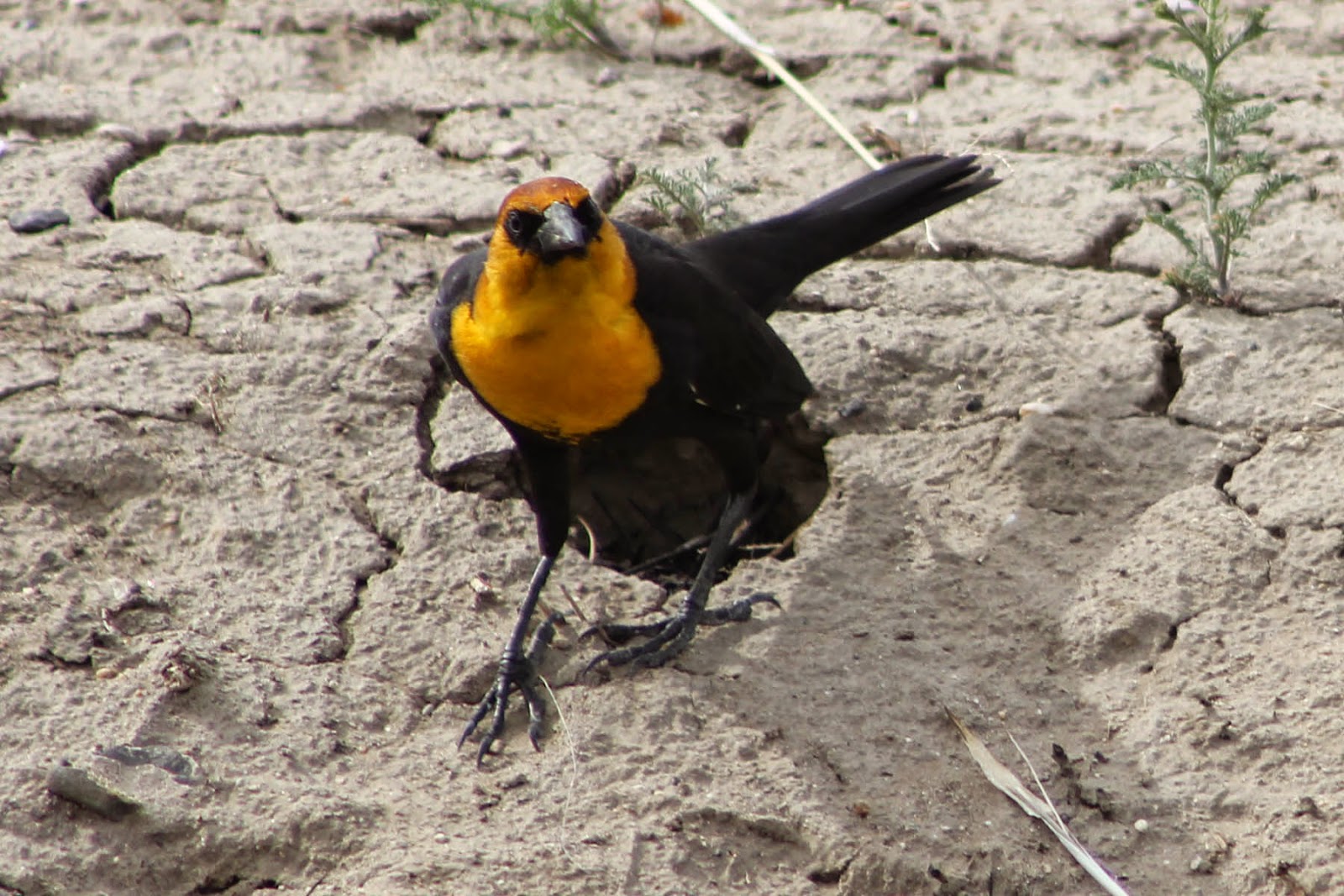 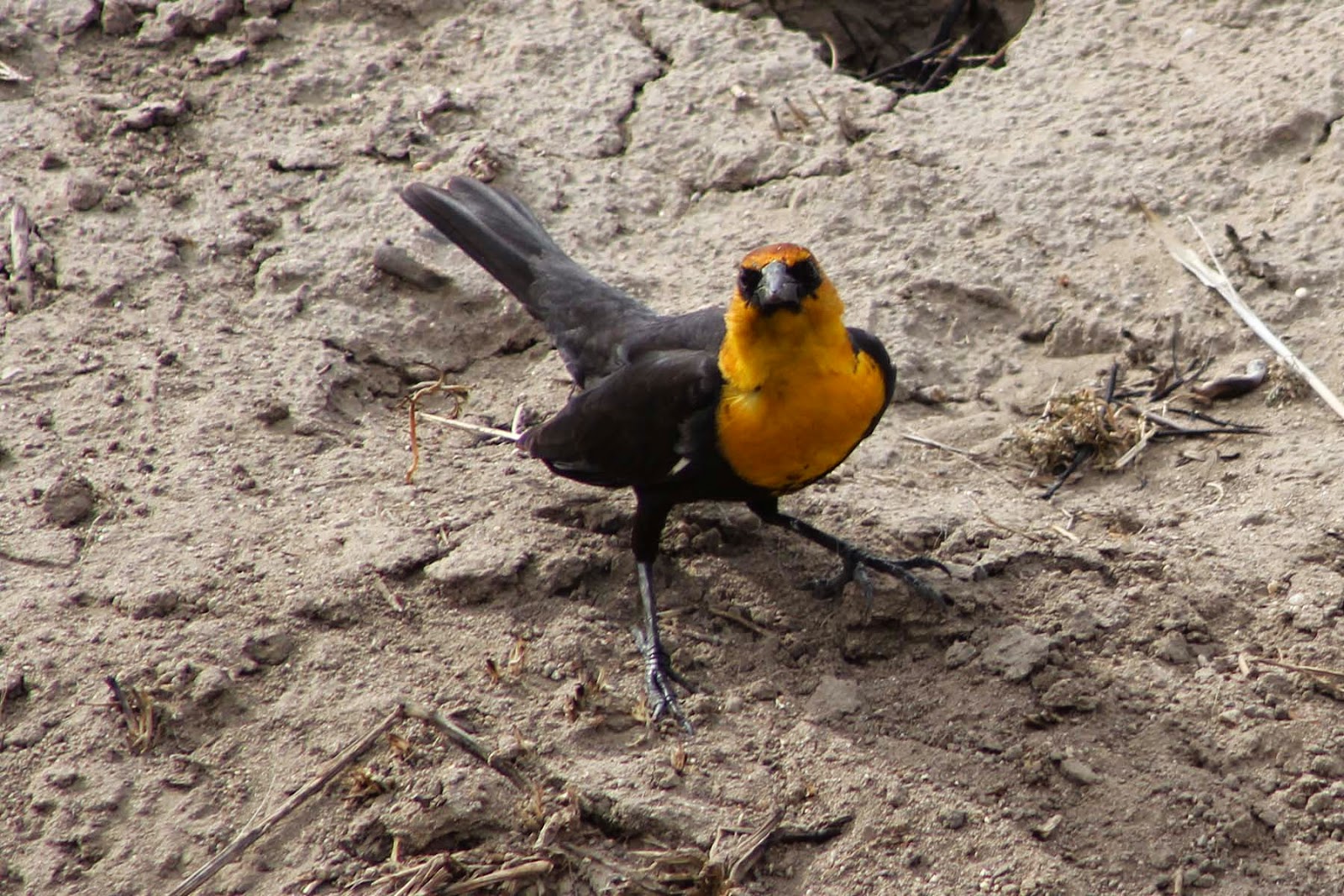 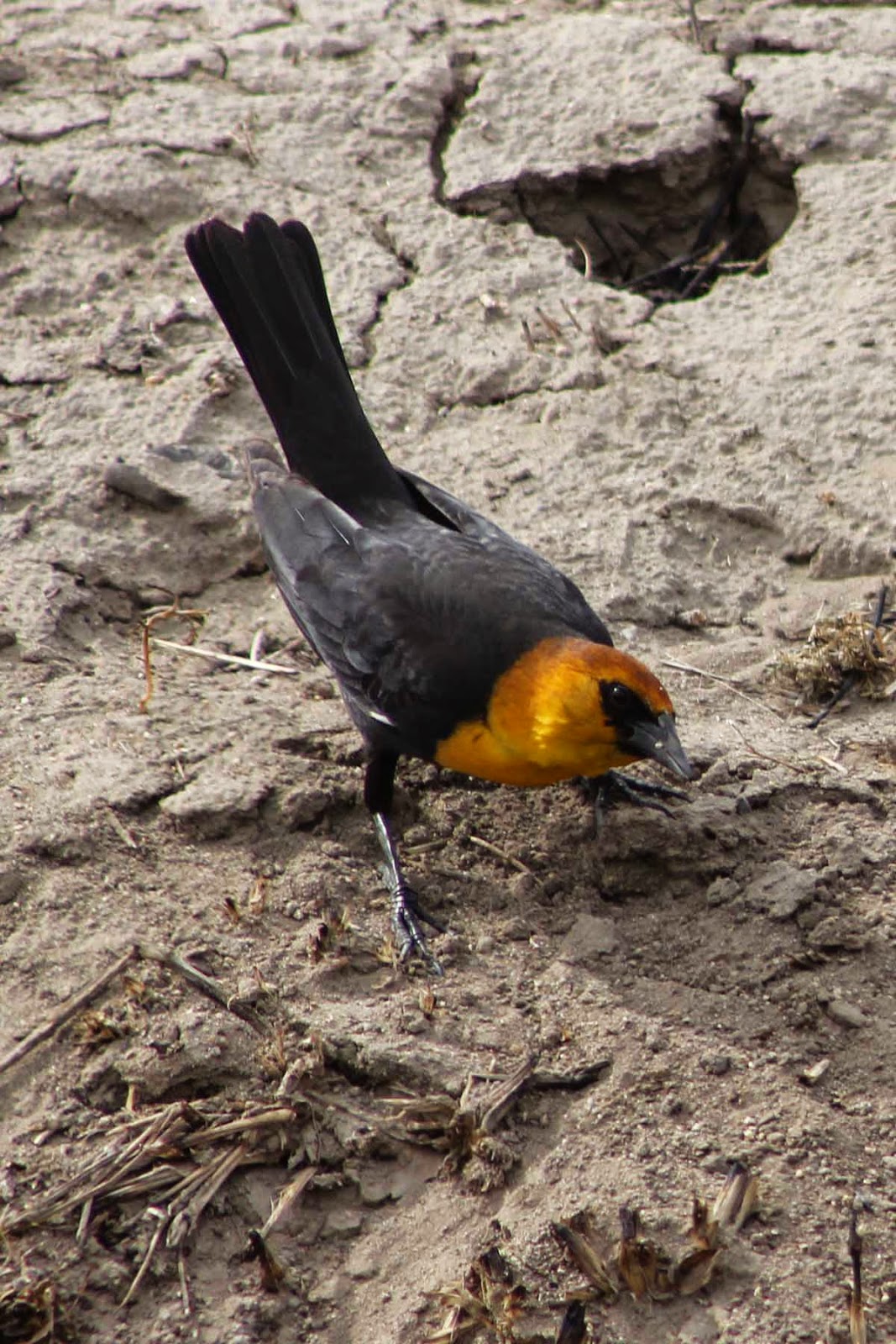 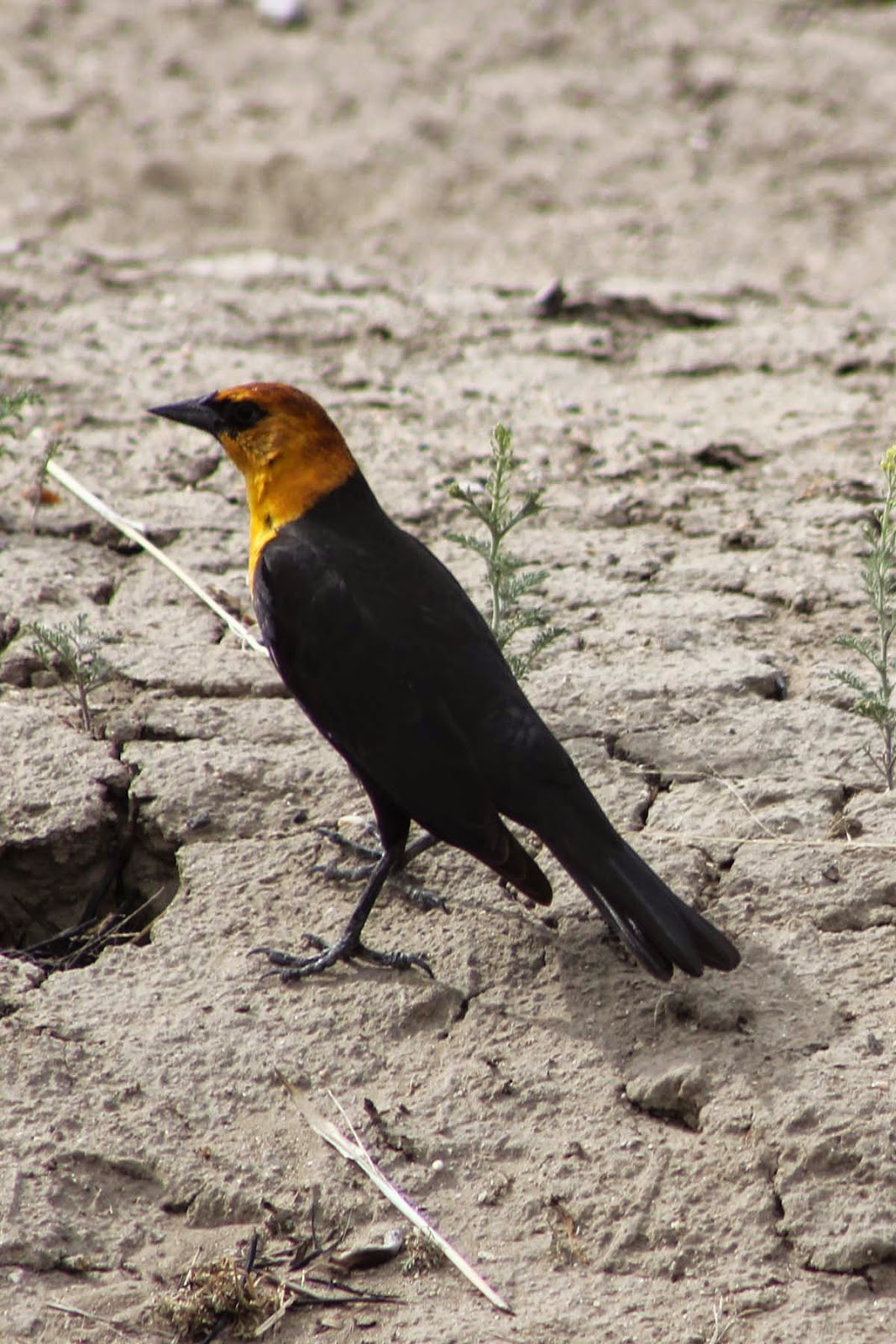 Then things got REALLY got interesting. Deep in the farm we saw hundreds of ibises landing. These weren’t the Glossies we were used to, though: these were White-faced Ibises — our first. We drove around to the front of the farm for a better look, and soon had not one, but three Swainson’s Hawks circling above: one light morph, and two dark. It was an incredible introduction to a bird of prey that we’d wanted to see for a long time. 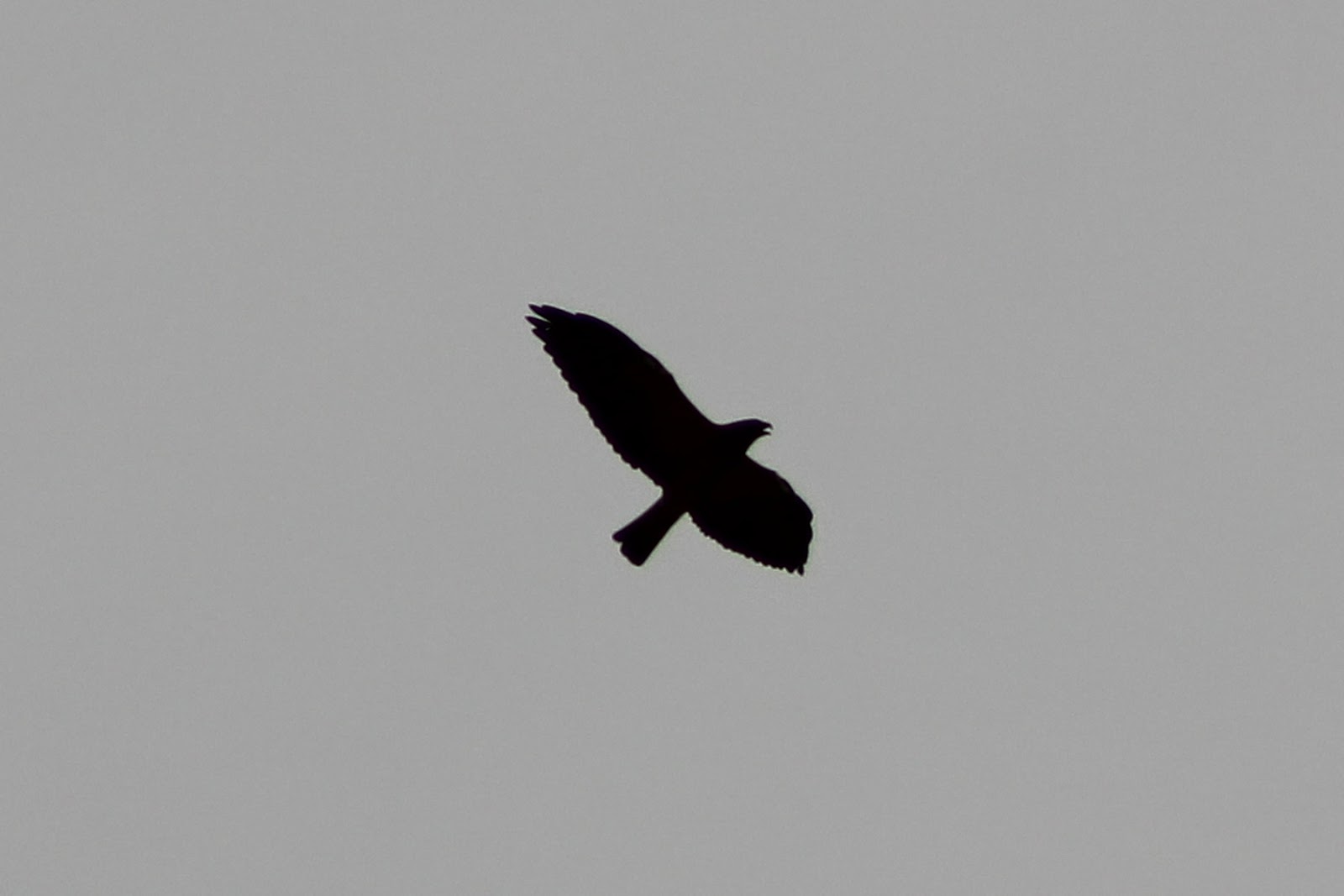 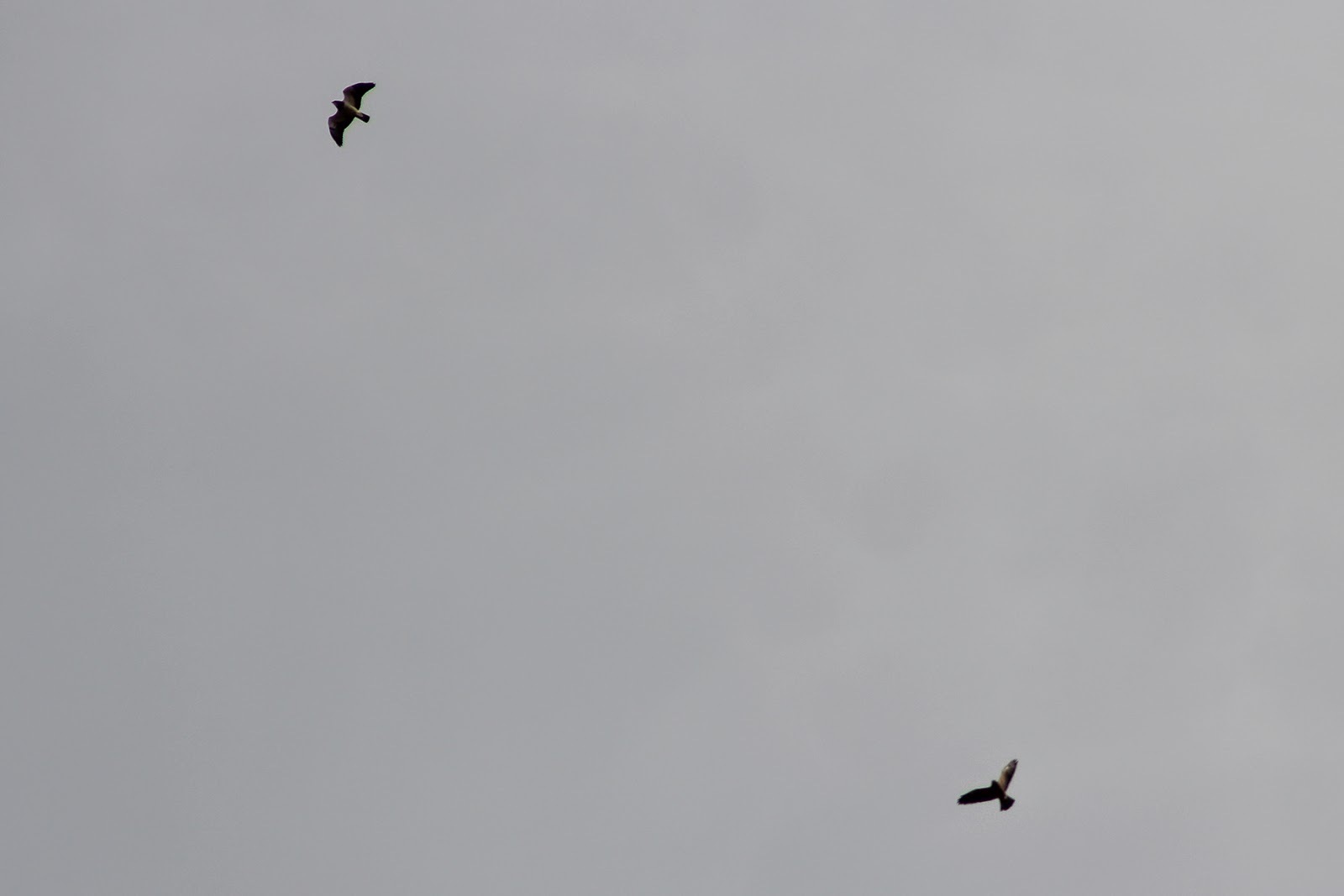 Two Long-billed Curlews stood out in the grasses, along with half a dozen Whimbrels. We’d seen one Curlew before, on the Gulf Coast of Florida a few years ago, who had overwintered somewhat out of range. It was great seeing them again, and in their more characteristic setting. Farther out, we IDed a couple of Franklin’s Gulls among a large number of California Gulls. Both gulls were lifers, and the California Gulls represented our first foray into the world of West Coast gull identification: a much different game than in the East, where the usual suspects are generally easy enough to tell apart, and don’t come in every imaginable combination of hybrid. With 6 lifers freshly under our belts, we headed back on the road, and eventually out of Nevada. 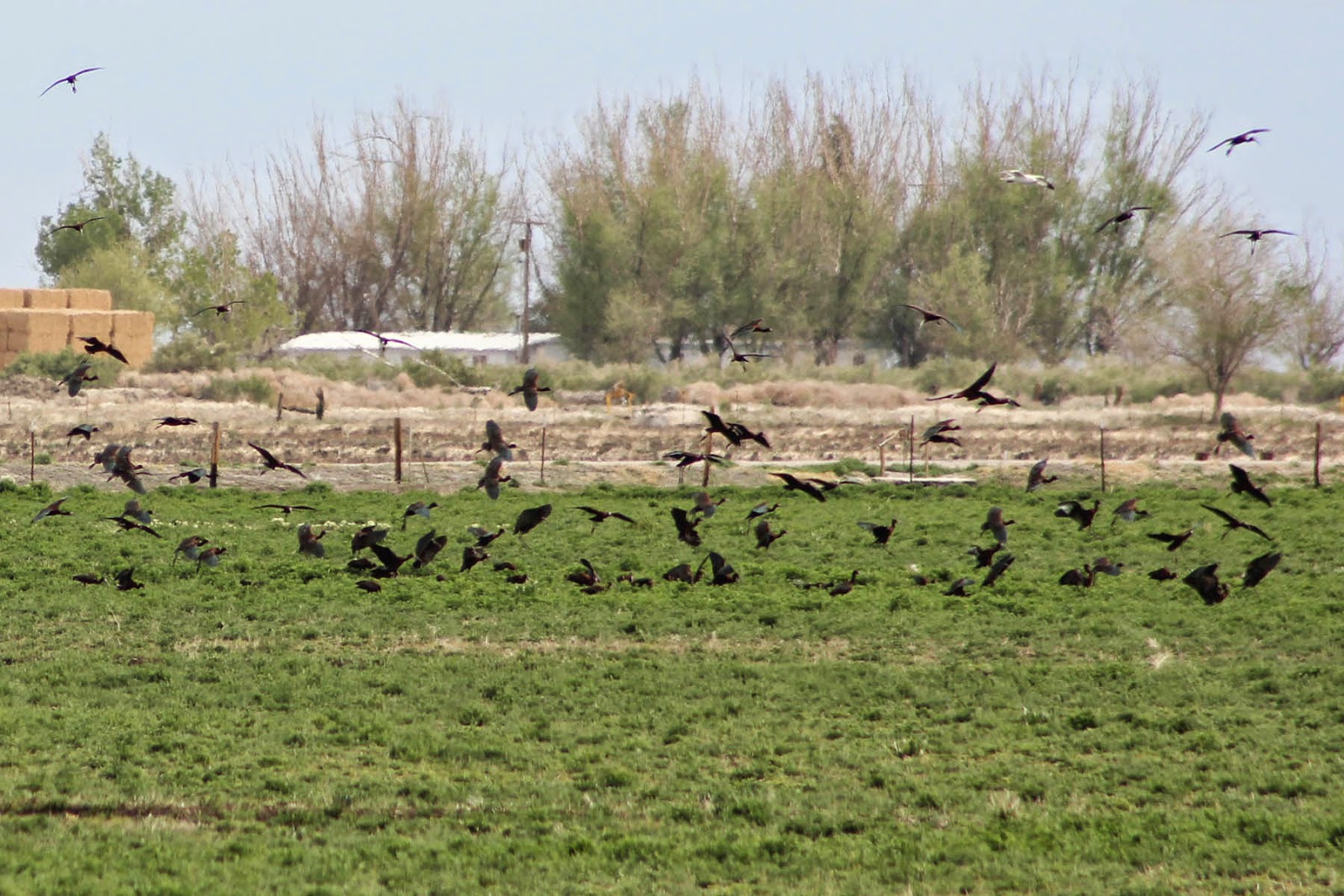 We made only one more big stop before we landed in Oregon: a roadside viewing station called Willow Creek Wildlife Area, in northern California. Here, we had much better looks at White-faced Ibises, where we could actually see their white faces in detail this time. Two pairs of Cinnamon Teal flew back and forth a few times over a small creek. These were our first, aside from a vagrant that visited the Savannah NWR in South Carolina last winter, and the possibility of seeing these gorgeous ducks regularly from now on was pretty exciting. Quite a few Brewer’s Blackbirds perched on a wooden fence, along with Red-wingeds. It’s not a terribly exciting bird, unless it happens to be your first-ever, and it was our first-ever sighting of them. 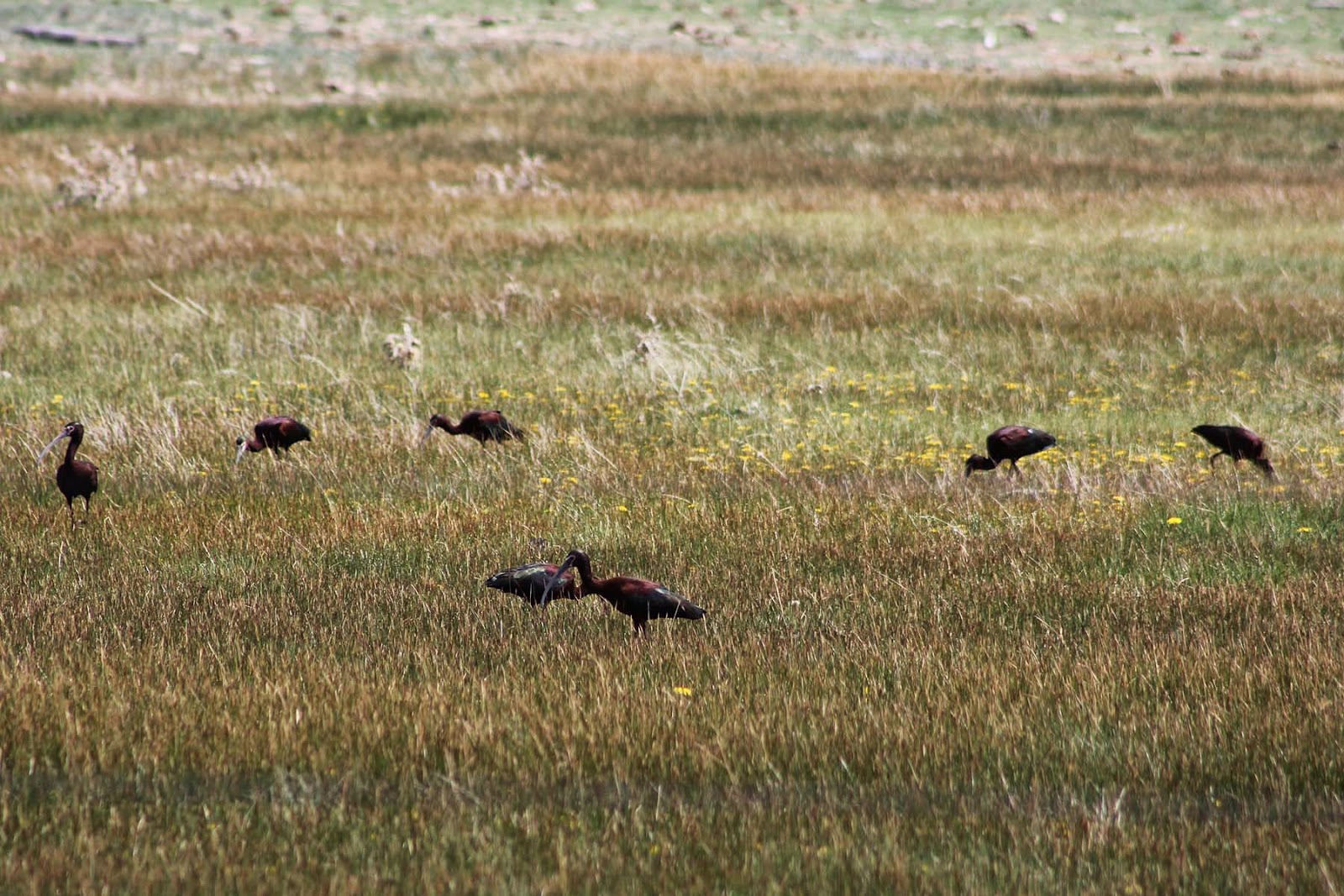 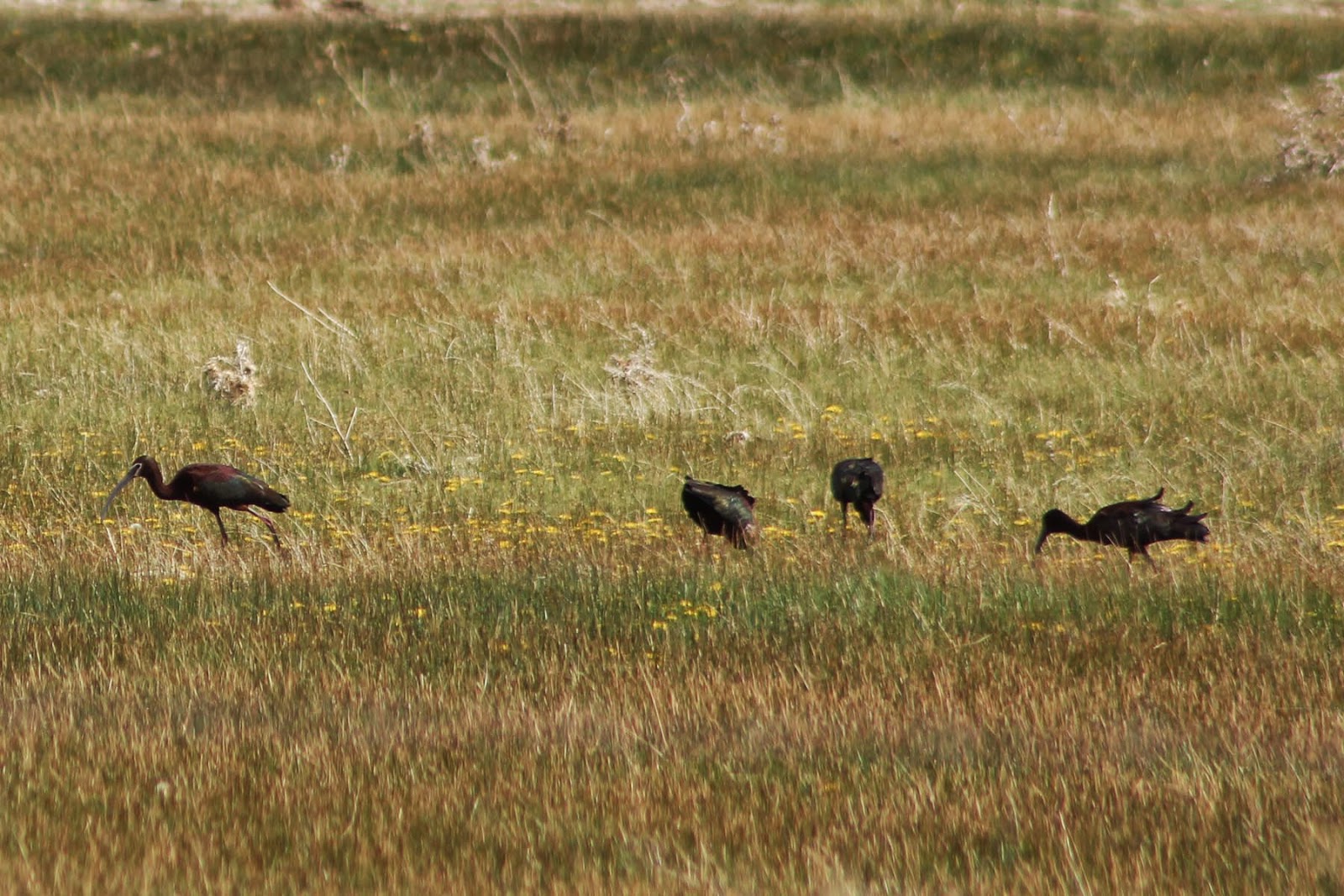 We had had the most amazing luck with weather throughout the trip, which only started turning against us once we approached Oregon (and certainly we can expect plenty of rain here). We picked up a few more great birds in Klamath, like Black-billed Magpie, Common Raven, and Western/Clark’s Grebe, but we couldn’t afford to pull over and appreciate them like we wanted. The light was fading, and once we got up into the mountains, the fog descended and it began to snow, while 18-wheelers bore down on us in the darkness. It was the most treacherous driving imaginable, but we eventually made it to Salem safely. The road trip was an unforgettable once-in-a-lifetime experience, and one of the best things we’ve done. We drove 3,500 miles, tallied 88 species (including 26.5 lifers), and saw the country from a new perspective. Now we’re here, in Salem, and looking forward to sharing all the spoils of our Oregon birding with you soon!

Posted by Nicholas Martens at 6:36 AM