The Virtues of 5MR Birding

Surely, by now 5MR birding needs no introduction. Briefly, it’s the attempt to reserve a portion of your birding energies to try and locate species within a 5-mile radius of your home. 5MR fever has spread across the globe, thanks to the tireless efforts of the movement’s evangelist-in-chief Jen Sanford. I won’t retread the myriad reasons you should think about starting your own 5MR patch, but seriously, look into it. Instead, I offer some thoughts and observations on how 2019 has unfolded so far, and how the new approach has shaken up our routines. 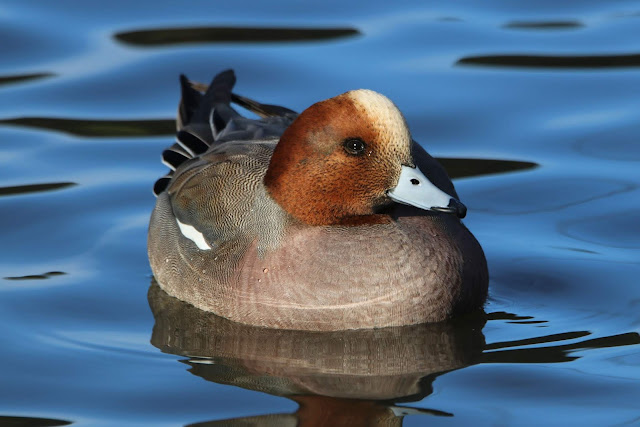 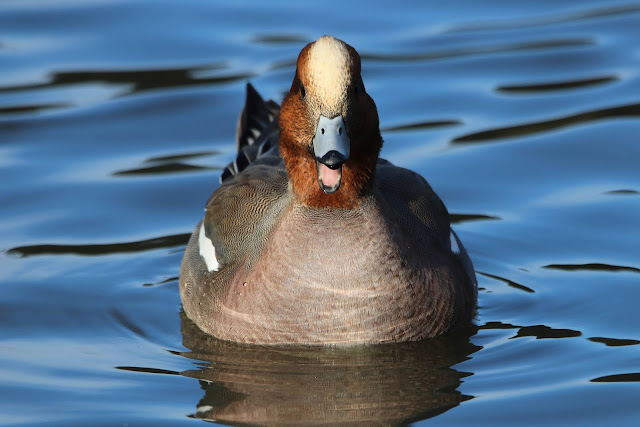 We’ve been in our house for about a year and a half now, and until the 5MR challenge got underway we hadn’t been gung-ho county listers for our new home county, Linn, Oregon. That means some fairly low-hanging fruit was ripe for the picking. In contrast, nearly all of our birding this year has been ultra-local. We’re steadily teasing out Albany’s secrets, stalking its underbirded nooks, and venturing into its overlooked crannies.


We’ve been checking out a lot of hotspots we hadn’t explored before; hotspots we didn’t even know about. Timber-Linn Memorial wasn’t on our radar at all, but we got lucky on our very first visit with a Snow Goose who thought it was a wigeon. This could have been super tough and not the least bit surprising if we hadn’t found one in our 5MR this year. Likewise, we picked up Red-shouldered Hawk (county bird!) on our inaugural visit to Truax Island – a place we didn’t know existed until a fellow 5MR birder recommended it to us. 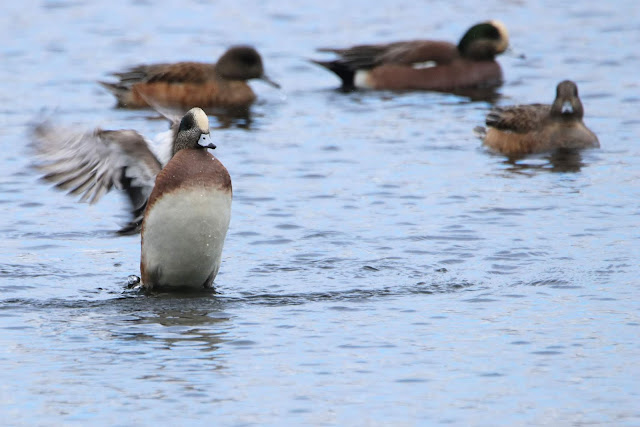 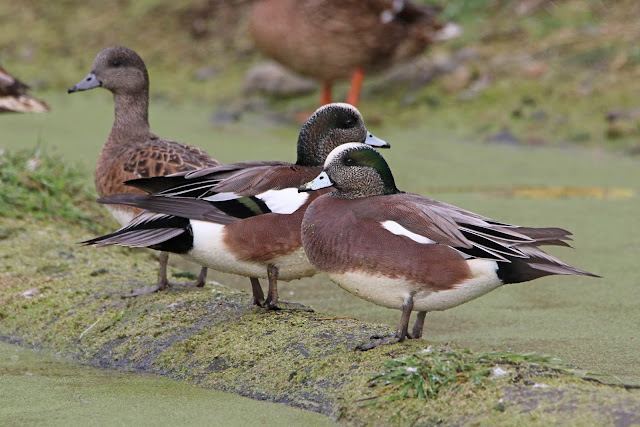 Besides exploring new corners of our patch, we’ve been hitting our usual places even more often, including the greenway encircling our development. A Merlin we found in our neighborhood on New Year’s Day might be the only one we see all year. Same with Tundra Swan, a species for which there’s really no habitat in our circle – but a couple weeks ago we stepped outside our front door to go for a walk, and immediately two flew right overhead. 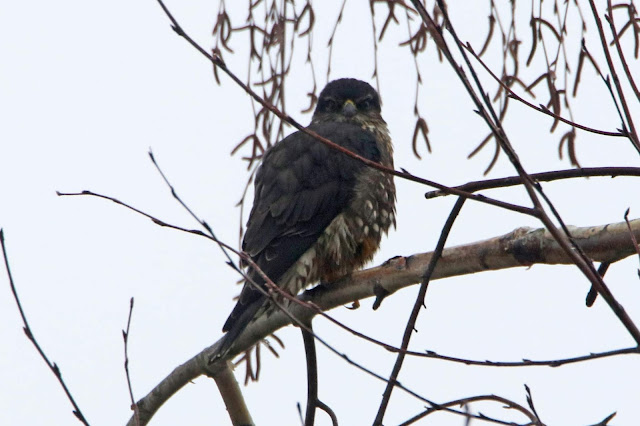 In January we followed up on a Swamp Sparrow report from a little ways down the street. We gave up after two hours of flogging the same row of blackberry bushes (White-throated Sparrow was a nice consolation prize), but the next day we found our own Swamp Sparrow in a completely different part of the neighborhood. After chasing a few of these in Oregon and dipping repeatedly (sometimes even within an hour of others finding them) this had become quite the state nemesis for us. Nemesis: vanquished.


On the other hand, some birds I’d taken for granted actually aren’t so common inside our 5MR (e.g. Northern Pintail and Northern Shoveler), which took some planning to get. And we still need others, like Townsend’s Warbler and Chestnut-backed Chickdee that feel overdue. Part of the fun has been constantly expecting one of these “easy” species to turn up, and finding a something out of left field instead. How is it we found a Mew Gull before Hutton’s Vireo? Or Wild Turkey before Pileated Woodpecker? We’ve added 17 new birds to our Linn County list (so far!) just from exploring and wondering what will turn up next. 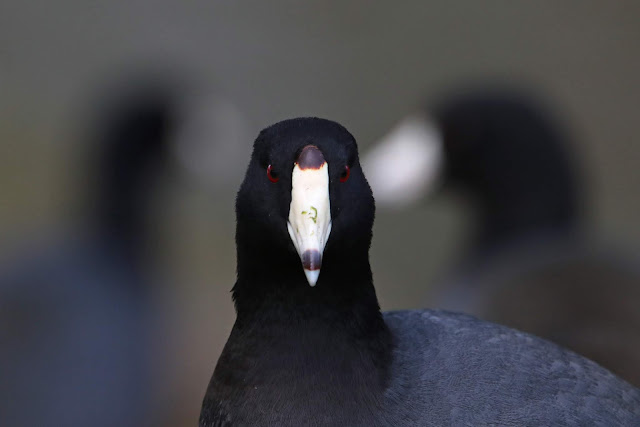 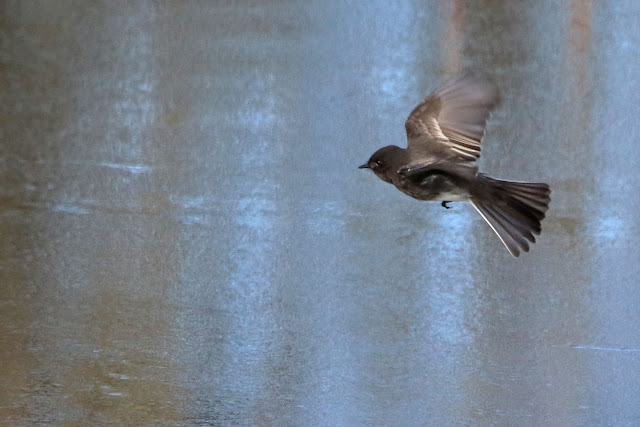 Some birds we’ve seen in Linn County in the past, but the most reliable, heavily reported locations fall well outside our 5MR, so we’ve had to put in the legwork to find our own spots. Horned Larks, Savannah Sparrows, and Dunlin all hang out in agricultural fields, which are one of the defining features of our circle. But not all fields are created equal, and these species are all most easily found too far south to count.


We’ve taken to driving quiet stretches of road that we’d never been down before, where we can pull over to the shoulder to scan, and we picked up most of our ag. birds in no time. Even better, we spotted a Northern Shrike less than a mile from where we ticked Horned Lark. The shrike kept hovering like a kestrel – we’d never seen that behavior from a shrike before! 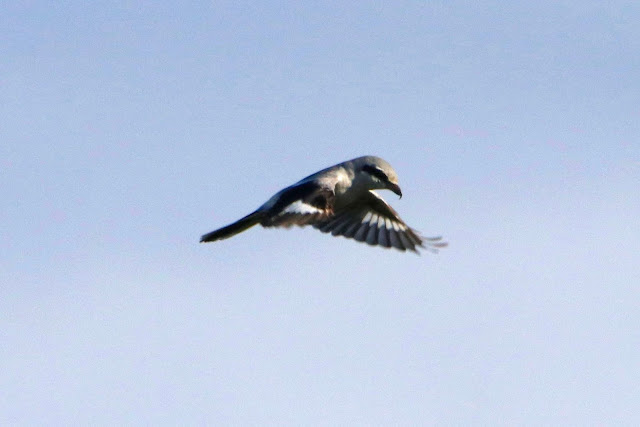 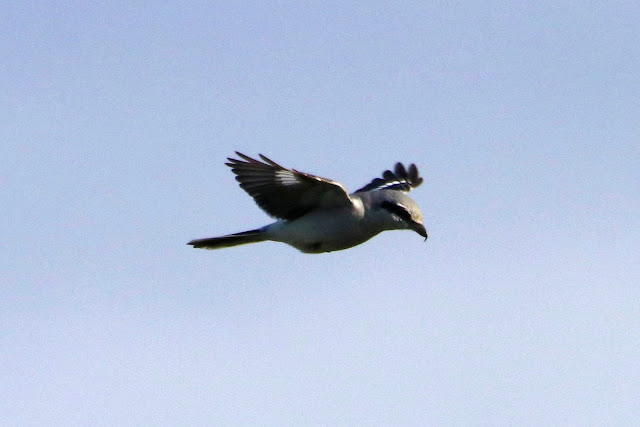 One of Jen’s objectives for the 5MR challenge is getting people to drive less. It’s actually atypical that we haven’t taken any day trips to the coast so far this year. We usually plan a semi-ambitious itinerary for our weekends that might take us an hour or more from home in any direction. At least for now, most of the time we ask ourselves what we’re doing this weekend, it has to do with tracking down 5MR target species. It’s been really great getting to know our home territory much more intimately over the past two months. 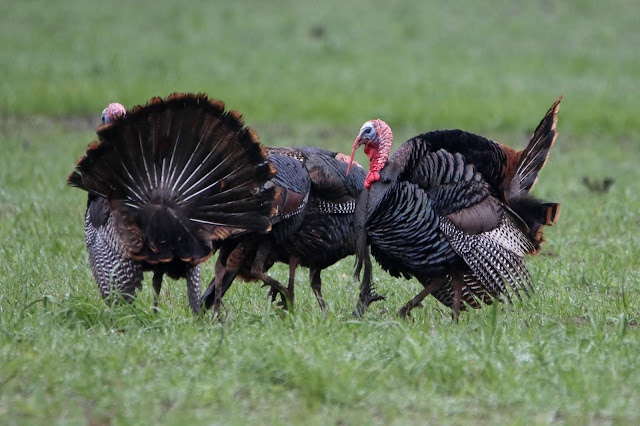 Lastly, one very rewarding aspect of 5MR birding has been getting to know local birders (as more than just a name on an eBird checklist). Some veteran listers have proactively reached out to us to offer advice or help getting access to tricky locations. Others have connected on Facebook. The collective excitment around 5MR birding and the mutual support it’s engendered have been altogether amazing. If you haven’t already, you can follow the “5MR Birding” group on Facebook, or find tips and resources to define your own circle here. 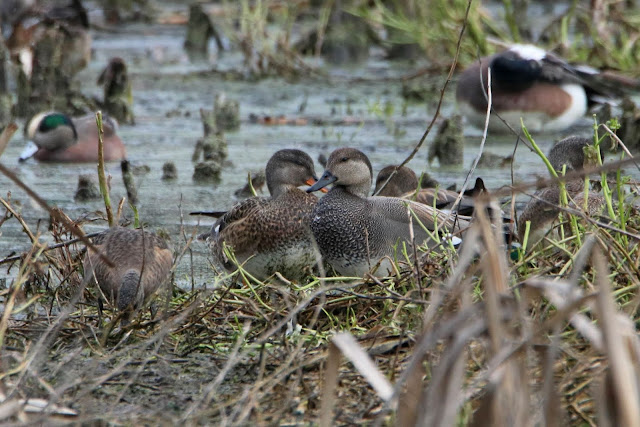 Posted by Nicholas Martens at 6:25 PM