Lake Mayer Before the Ducks Return

It’s late November, and the ducks are starting to return to Savannah. That means we’ll be heading over to Lake Mayer more and more often, as it begins to crowd with Ruddy Ducks, Northern Shovelers, Bufflehead, and other treats. To be honest, we tend to neglect it during the warmer months, but we couldn’t resist a visit in early October when a Clay-colored Sparrow turned up, a good ways out of range.

Chipping Sparrows abound in these parts during winter, but this close cousin was a lifer Spizella for us. The two species are awfully similar, but a few characteristics set them apart. Fortunately, our excellent look gave us all the opportunity we needed to confirm it as a Clay-colored. Reports from a day earlier, and from that morning, led us right to it, and after just a minute or two searching the reeds, it popped up into a young, bare-branched cypress. 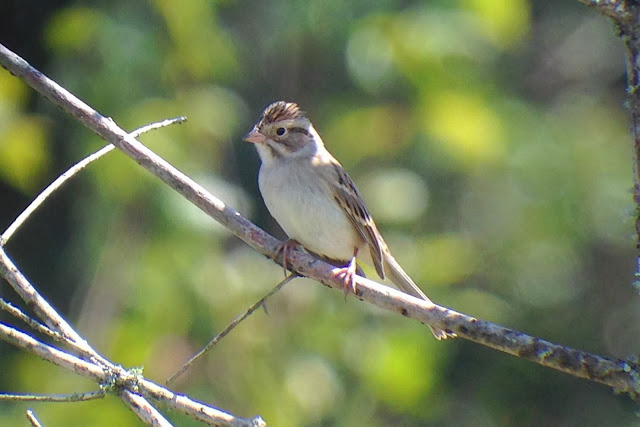 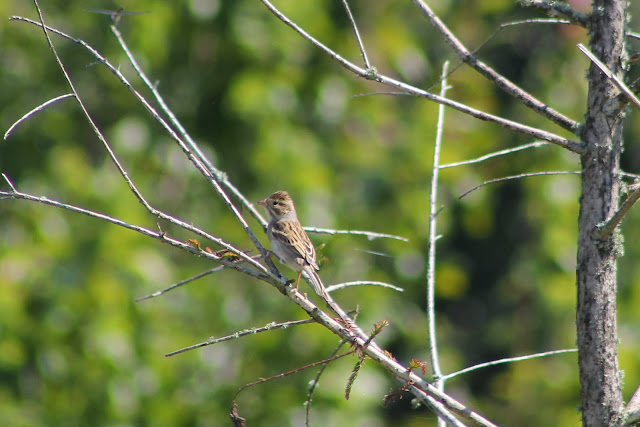 In the pictures you can clearly make out dark top and bottom borders of the auriculars. When it turned around, we could also make out the tan rump, as opposed to Chipping Sparrows' gray rumps. For a couple of minutes we admired and photographed him in the tree, until he got bored of posing for us and retreated back to his reedy thicket. We looked and looked for him after that, but he wouldn't pop up again over the next hour. 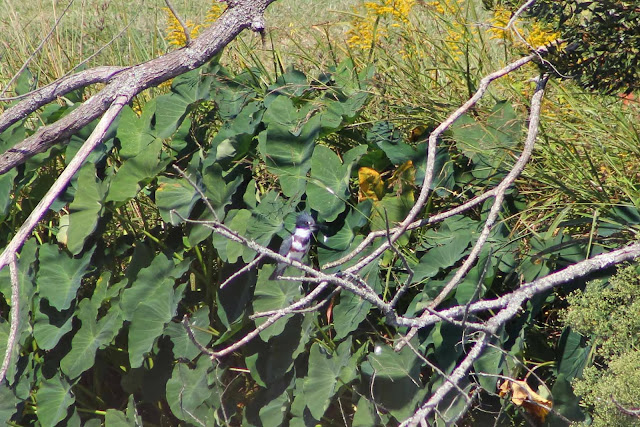 We turned up plenty of insects as we searched though, including sulphur butterflies, and a pair of pearl crescents getting chummy with one another. The dragonflies included a lovely roseate skimmer, which is always a very welcome sight. 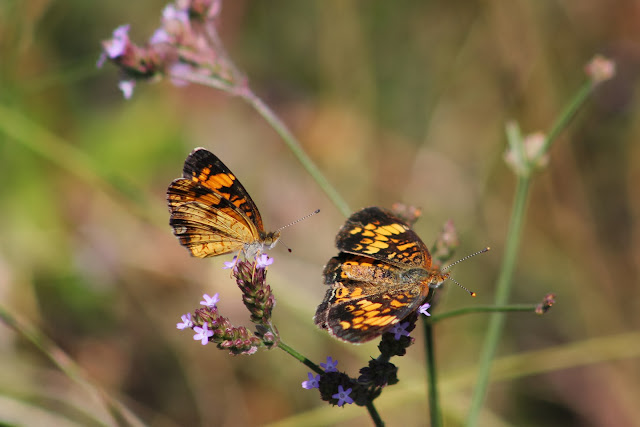 And then we saw the shrike. When I think of Loggerhead Shrikes, I think ruthless bastards. Like avian Vlad the Impalers, they’ll spike their prey over whatever piercing objects they find nearby. They don’t look particularly vicious, but their black mask does give them a shady aspect, inspiring about as much trust as, say, the Hamburglar. But take away the mask and they suddenly become super adorable! 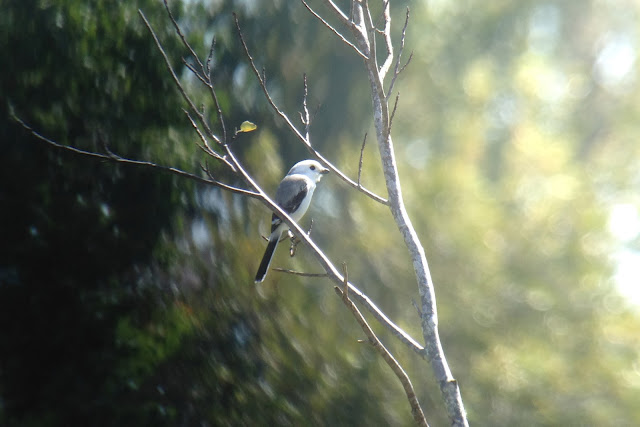 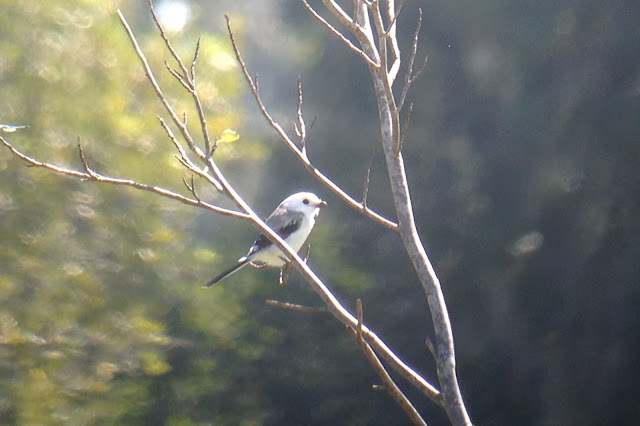 This leucistic shrike had all-white feathering covering his head, rendering him harmless-looking, and letting him lull all sorts of delicious morsels into a false sense of security. Or so I imagine. He’s had his territory staked out at Lake Mayer at least since last spring, but we’d never run into him before now. Look at that face, and then try to imagine the brutality it inflicts on a regular basis. You just can't do it!
Posted by Nicholas Martens at 3:16 PM